Released by Github in 2015, Atom (atom.io) is a powerful, extensible, free, and open-source IDE. It’s a powerful graphical text editor based on Chromium, Google’s open-source browser technology. As well as, Node.js with some bridges to C++ for rendering native UI elements. Every file you view and edit is essentially a locally rendered webpage running in this native cross-platform browser. It also comes with some handy command line tools for interacting with the editor from the terminal.

Out of the box, Atom is quite powerful but it really shines when you leverage the huge collection of packages that can extend and enrich the editor’s functionality. Since there are so many possible Atom configurations, I wanted to share a few of my favorite packages that I use most the time in my day job as a web developer.

A developer’s suite of tools and their setup is a deeply personal thing, but if you want to dive into the setup I’ve described here, I have created a simple BASH shell script that installs all the atom packages listed above. You can grab it here: atom-setup.sh. After installing Atom and it’s command line tools, download and chmod 770 atom-setup.sh and run with ./atom-setup.sh. 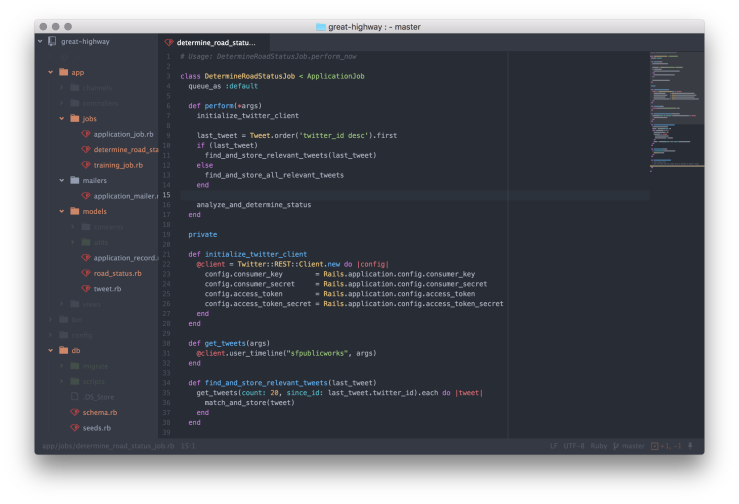 View all posts by sangraalaiken